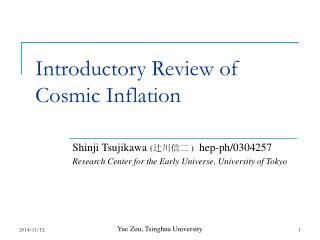 Introductory Review - . which of these statements is a hypothesis that can be tested in a scientific experiment?.

Causes of Inflation - . the equation of exchange cost push demand pull. the quantity theory of money. mv=pq if the money