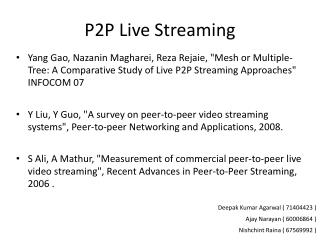 Live Streaming - Roku is considered the best among live streaming. roku has an option for paid channels that can be added

live streaming - Fraternities and sororities must operate as a company first, and a socialite second in order to be

Live streaming 101 - Have you ever used live streaming video to talk about your products and services? you've probably