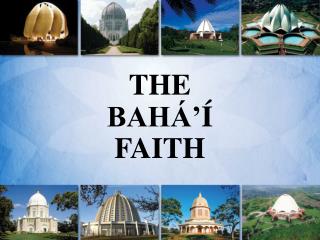 THE BAHÁ’ Í FAITH ALL PEOPLES – ONE COMMON FAITH The Bahá’ í Faith is a world religion whose purpose is to unite all the races and peoples in one universal Cause and one common Faith. Bahá’ í s are followers of Bahá’u’lláh, Who they believe is the Promised One of all Ages.