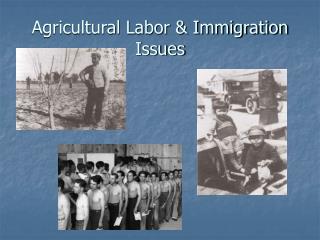 Overview of Immigration Issues - Business issues. the most common businesses we deal with that have such potential ...

Agricultural Trade Issues in CARICOM - . presentation to the training session for jamaican officials and private sector

Chapter 10 Agricultural Issues - . question responses. #1) explain the differences and similarities between the following

Immigration Issues - . immigration why do they come?. popular belief: because they can. but : only 3% of the global