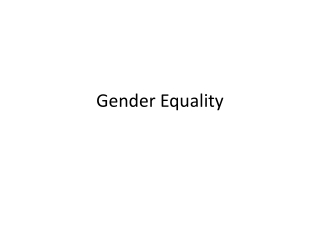 Gender Equality. End all forms of discrimination against all women and girls everywhere INDICATOR Sex Ratio at Birth

September 13, 2014 - Ending human trafficking the role of corporations, investors and consumers a presentation to the