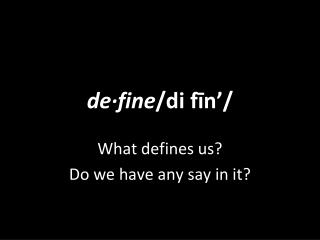 Rebecca Horn Working in the media of film - Studied at the hamburg academy for fine arts from 1964 - 1970. tragedy in

XFB - . there's a fine line between genius and insanity. i have erased this line. oscar levant. origins of xfb. xfb

Fine Motor Development - . chapter 11. “typically, fine movement involves the coordination of the use of the eyes and