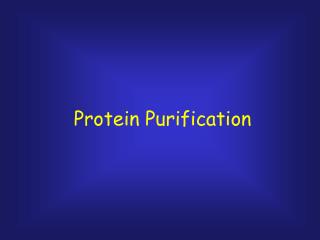 Protein Structure and Function - . chapter2. from structure to function. there are many levels of protein function.

Lecture 9: Protein purification - . protein structure use tables in book (voet and voet) for the properties of peptidases

Protein - Helping you to: create a healthy lifestyle! click here to play an interactive game protein which of the