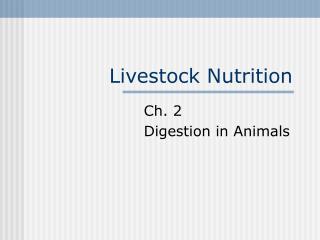 Livestock Nutrition - . classification and use of feeds. original power point created by dallas myers modified by

Livestock - . jay hale. objectives: 1. to understand and to interpret the value of performance data based on industry