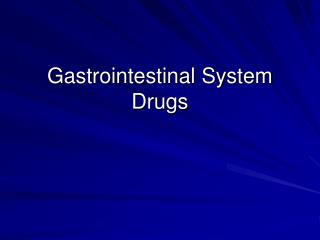 Gastrointestinal System Drugs. Intro to fungal infection. What are fungi? Eukaryotes lacking flagella that develop from spores In which patients do most fungal infections occur? The immunocompromised