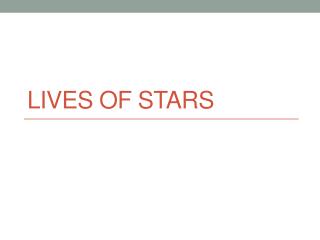 Lives of stars. A Star is born when the contracting gas and dust from the nebula become so dense and hot that nuclear fusion starts. How long a star lives depends on its mass. What is a nebula? A large cloud of dust and gas.