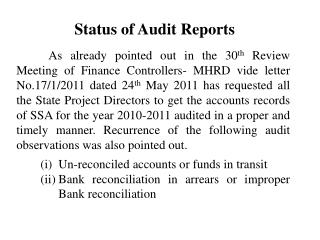 COMPLIANCE OF AUDIT REPORTS - . compliance of audit reports is still awaited from the sis as given below:- year of audit: