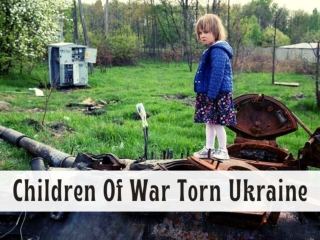 Hundreds of thousands of children have been caught up in the violence that has engulfed Ukraine, forcing them to witness violence, evacuations, abandonment and long fraught journeys to safety since Russia invaded the country five months ago. Innocent Children of War - . by bella lenisa. visualize an image of a small boy or girl. what do you

Children and War - . mary claire hartford. the numbers. more than 2 million children have died as a direct result of

CHILDREN AT WAR - . thousands of children left home for the first time as evacuees. school lessons and exams went on more

CHILDREN AT WAR - . not protected when most needed by magne raundalen, center for crisis psychology, bergen for the dag

Children and war - . goal. to introduce the present generation with the young heroes of the second world war. the history

Torn Rotator Cuff - . jonathan tucci. what is a torn rotator cuff?. a rotator cuff tear is when one of the four major

The Impact of War on Children - . and promoting resilience. film. just peace – voices of children in sudan (11

Ukraine during the World War II. - Plan 1. the second world war in ukraine. 2 . ukrainians under the fascist occupation.

Development of inclusion for children with special needs : Ukraine - . statistics by pmpc. policy priorities to ensure

The Torn Veil Of The Temple - . and, behold, the veil of the temple was rent in twain from the top to the bottom; and the