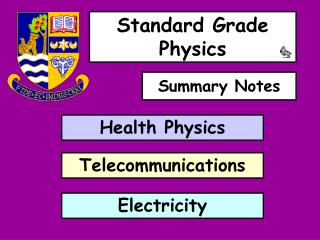 Benefits of Physics Classes - We provide you a huge variety of courses. higher education today offers a variety of

Welcome back to Physics 211 - . today’s agenda: announcements velocity and acceleration in two-dimensional motion

What is Physics? - . first of all, physics is a science. so our first question should be: what is a science?. science.

Welcome to Physics 321 - . electricity and magnetism. my name is brett fadem. what is electrodynamics and how does it fit

Physics - . physics is the study of the laws of nature that govern the behaviour of the universe, from the very smallest

Regents Physics - . dr. marchildon, ph.d. who?. students. you are responsible for your own learning. teacher. i manage,

physics - Www.physics.org. the institute of physics’ website, www.physics.org , has a wealth of information for both

Why go into physics? - . go to www.physics.org find 3 areas that interest you list 2 jobs that you could have in that

4C Physics - . welcome. about me. ms. rosebery studied astronomy and physics at uoft, and is married to a physics

Welcome to Physics 106! - . light, perception, photography, and visual phenomena. webpage for the course.