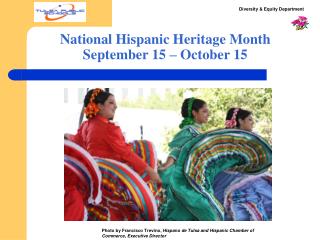 Explore Taj Mahotsav In The Shadow Of Heritage - Taj mahotsav is the time when the best of india's specialties in arts,

Banned Books Week September 24-October 1, 2011 - . banning a book is when a person or group decides that a book is so

Hispanic Heritage Month - . today you will learn some interesting facts about mexico, honduras and el salvador.

September Birthday Month - . we would love to add your name to the september birthday list. please stop by the table in

National Hispanic Heritage Month - . current as of september 2005. who’s who of the century and military