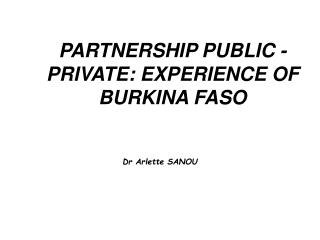 Public Choice and Public Goods - . chapter 16. © 2003 south-western/thomson learning. introduction. in most of our

ITS and Commercial Vehicle Operations - . cee 582 ed mccormack. what is its cvo?. partnership of the public and private

Sociology of the Family - . http://www.d.umn.edu/~sjanssen. week 1. public and private families how do we view the