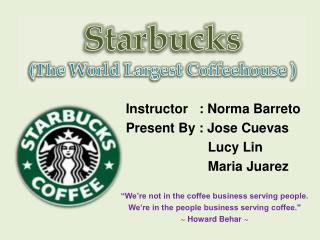 Starbucks Clashes with an Alaska Company over Trademark - Starbucks, a seattle-based coffeehouse chain famous for its

Starbucks Sponsorship. By Ceeeenasty - . starbucksssss . my brand was the host for coffee beans, and coffee marketers'