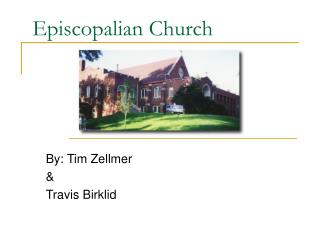 What is a Church - . the significance of the local body in an ecumenical age. what is a church. ephesians 3:21 unto him

The Church - . “those who have been called together”. the church. a mystery – human and divine. the church. the

Power of the Church - . all for the glory of god. hierarchy of the church. the wealthy church. save your soul through

The Church - . carrying on christ’s mission. the seed of the church. did jesus found a church to carry on his mission?

Messy Church - . a celebration!. what is messy church?. it’s church! just as much as the other congregations. it’s

The Church’s Finances - . the church and money . money is morally neutral rome had a monetary system under which church

CHURCH PLANTING - . planting a church is a series of interrelated steps that requires more than just human expertise if a

Church History - . chapter 1 beginnings the church of the apostles. church history. review why is it important that

What is your church’s personality? - . discovering and developing the ministry style of your church by philip d.