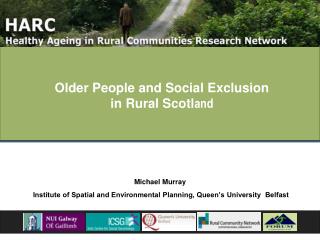 Older People and Social Exclusion in Rural Scotl and Older People and Social Exclusion in Rural Scotl and

Mutual Exclusion - . problem statement: given a set of n processes, and a shared resource, it is required that: mutual

Falls and older people Stepping into falls management - . working together to prevent falls. developed by: goulburn

Sticks and stones Review of Nature Based Tourism sites in the south of Scotland - . dunira strategy and the borders