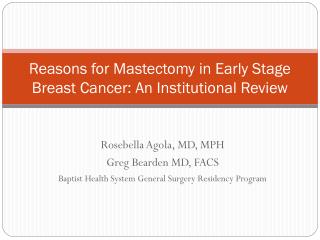 WHAT TO TREAT? HOW TO TREAT? WHO SHOULD DECIDE? - . role &amp; responsibility of carers &amp; patients in

Presented by Your ASCP Resident Representative - An introduction to the american society for clinical pathology.

Book review The Wounded Storyteller by Arthur W. Frank - . by tim tran. what’s it about? spectrum of illness patients

Romare Bearden - . music and memories. close your eyes and listen to this song…. raise your hand if you have a memory

Infections of the Chest Wall - . a. skin and soft tissue infection. a-1 abscess 1. it is rarely associated with an