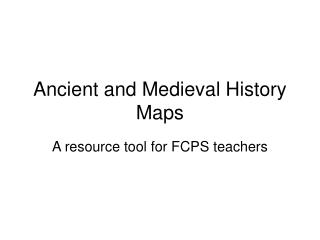 Mongols and Medieval Japan - . by: sebastian, buddy, savannah. known mongolians. mongols are people with an ancient and

The History of Calculus - . “if i have seen farther it is by standing on the shoulders of giants .” – sir isaac

History of the Ancient and Medieval World The Glory That was Greece Part 2: Cultural Achievements - . walsingham academy

Ancient and Medieval Economic Thought - . lecture 2. introduction. “where shall we start ...?” buchholz, 5-7 “the