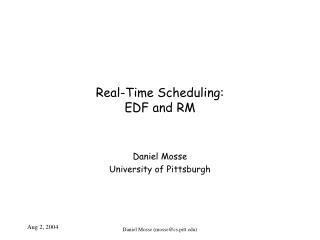 Scheduling Algorithms for Multiprogramming in a Hard-Real-Time Environm - Ents gracia yuen. u m. agenda. 1. target of the