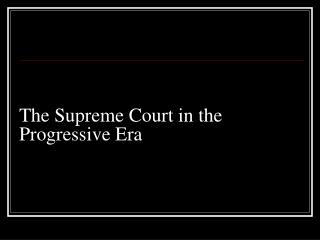 THE JUDICIARY - . early days of the supreme court. the founders expected that the courts would have “ judgment ”

Progressive EEnhancement [EECI 2011] - If you’ve been working on the web for any amount of time, you’ve likely heard

Plessy v. Ferguson - . 1896. explain how the supreme court justified the practice of segregating railroad passengers in