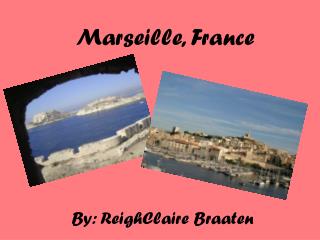 Marseille - . crystal meyer. info on marseille. marseille is the second largest city in france after paris and the centre

Marseille - . a short adventure in france. we arrived there tired and relieved at the thought that our hotel was just 20