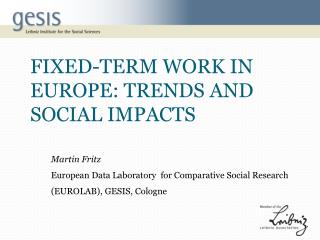 Reflection on learning and professionalisation of social work in Europe - . presentation for the theme 3.3 at the summer

Impacts and Social Action - . 13 th june 2011 daniel lindsay. vision and aims. shelter believes everyone should have a

Fixed term exclusions and permanent exclusions - The role of the local authority in exclusion from maintained schools,