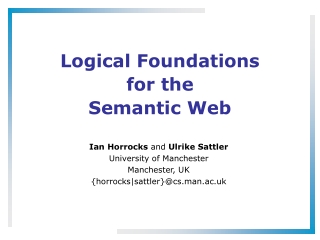 Logical Foundations for the Semantic Web

Logical Foundations for the Semantic Web