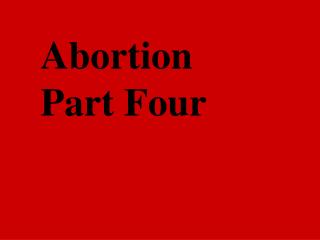 Abortion Part Four. Abortion It is an ethical issue. It is a debate about what is morally right & wrong. Religious teaching says that the life of the baby is sacred. Many consider the rights of the mother to be equally important to those of the unborn baby. Possible Questions.

Part Four - . acts 2:1-16. and when the day of pentecost had come, they were all together in one place. and suddenly

Poetry Part Four - . a unit on types of poetry and literary terms. onomatopoeia. words that imitate the sound they are