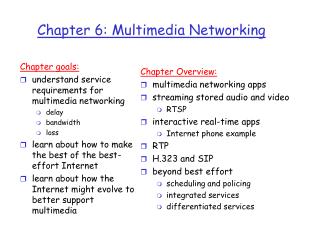 Uses of Multimedia - . what is multimedia?. the term multimedia is used to denote a combination of text, graphics,

Making Multimedia Skills and Training Chapter 2 &amp; 3 - . by john sullivan spring 2003. the stages of a project.