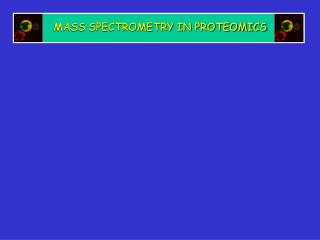 MASS SPECTROMETRY IN PROTEOMICS The advantages of identifying proteins via mass spectrometry as compared to traditional methods include: High sensitivity (femtomole to low picomole range), allows analysis of Coomassie- and silver-stained proteins.

Tuned Mass Dampers - . a mass that is connected to a structure by a spring and a damping element without any other