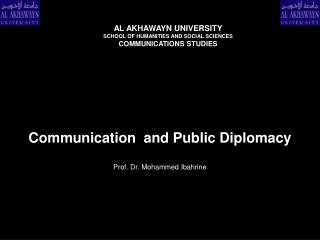 Measuring Communication Signals in Lizards: How and Why - Rich glor, losos lab, wustl i. introduction to communication

Communications/Public Relations/Marketing - . a regional tribal college. what is communication?. information is sent from