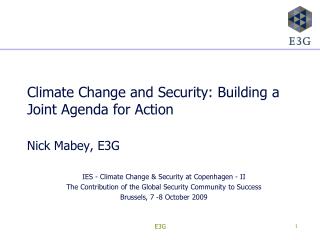 Climate Change and Security: Building a Joint Agenda for Action

Climate Change and Security: Building a Joint Agenda for Action

Objectives - . know the type and formation of hip joint. differentiate the stability and mobility between the hip joint

Review of the Knee Joint - . name the ligament. name the muscle and its action(s). semitendinosus. action: flexion of the

Incivility in Nursing Education: Using The Joint Commission Sentinel Event Alert #40 as a Springboard for Action