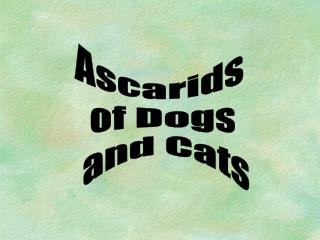 Ascarids of Dogs and Cats

Ascarids of Dogs and Cats Toxocara canis Toxocara canis (common dog ascarid) is the most important of the two canine ascarids from the standpoint of prevalence, virulence and public health importance.

Ascarids of Dogs and Cats

1. What is special about Border Collie (ranked as the smartest dog breed)? - Why do they evolve such good memory? why do

TEC~Cats - . the technology and engineering club (tec~cats) is made up of sixth, seventh, and eighth graders who want to

Simon’s Cat or Why I have a black eye some days - . http://www.youtube.com/watch?v=w0ffwdyo00q. breeds and terminology.

Trigonometric Ratios - . a ratio is a comparison of two numbers. for example; boys to girls cats : dogs right : wrong. in

MORPHOLOGY The study of shapes - . morpheme : abstraction of the various types of morphs smallest unit of a language that

Chapter 9 : Patterns of Inheritance - . b iology and society: our longest-running genetic experiment: dogs. people have

Cats can’t add but they can multiply! - . in just 18 months, this female cat can have 2000 descendants. make sure your 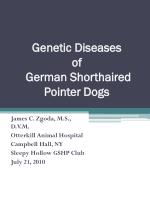