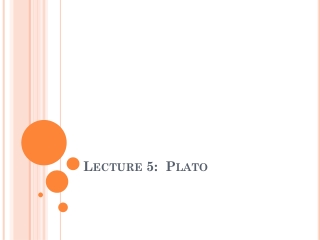 Aristotle – Empiricist/Materialist Plato’s student, but disagreed with him on many points.  - - as much a

Plato, Aristotle and Descartes on body and soul - . michael lacewing. plato’s phaedo. death is the separation of the

Aristotle’s Metaphysics - . aristotle’s challenges to plato. although aristotle studied at plato’s academy for

Platone : pupil of Socrates - . plato's philosophy (of all three periods). all the works of plato are in dialogue form,