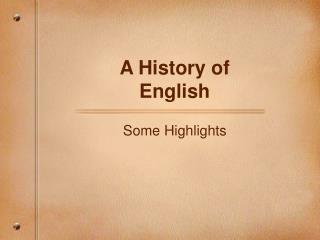 A History of English. Some Highlights. Early Influences. Celtic borrowings: A few Celtic words, such as crag, entered what would become the English language. Latin loans: Roman soldiers and priests came to the British Isles before the massive invasions of Northern Europeans.

UNIT 3 THE STRUCTURE OF LANGUAGE - . why is the structure of language important? the phonemes of english learning

A History of English - . some highlights. early influences. celtic borrowings: a few celtic words, such as crag, entered