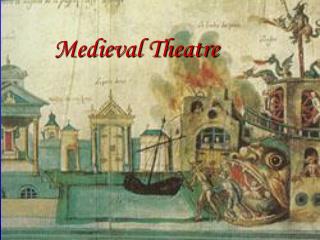 Medieval Theatre. Medieval Theatre. Time frame: 5 th c- mid 16 th c Secular theatre died in Western Europe with the fall of Rome Theatrical performances were banned by the Roman Catholic Church as barbaric and pagan Most Roman theatre had been spectacle rather than literary drama. The Dawn Of Theatre - . audiences. there audiences were to be just the middle class people except if you were performing

Research Methods for the Theatre - Department of theatre and dance university of mary washington research methods i.