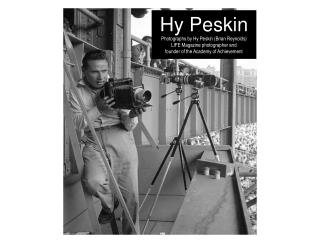 Hy Peskin. Photographs by Hy Peskin (Brian Reynolds) LIFE Magazine photographer and founder of the Academy of Achievement . An aerial view of the scoreboard at Ebbets Field in Brooklyn during the 1955 World Series between the Dodgers and Yankees. The Power of Selling - . chapter 7 prospecting and qualifying: the power to identify your customers. video ride-along.

Acquisition of Aerial Photographs - . lecture 8 prepared by r. lathrop 9/99 updated 9/07 with reference to material in

Alternative Thinking About Investments December 2009 - . words of wisdom. “any plan conceived in moderation, must fail

Cancer Prevention Solutions by Brian Peskin - Do you want to know about the unknown facts of cancer? view this

Methods of Experimental Particle Physics - . alexei safonov lecture #2. particle physics and the origin of universe. one