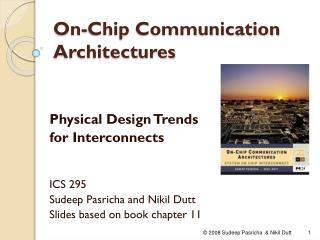 Software Communication Architecture and HPEC - . “all the world’s a network and its people are merely nodes…”.

Applying Semantics to Service Oriented Architectures - . oasis symposium 2006 the meaning of interoperability 9-12 may,