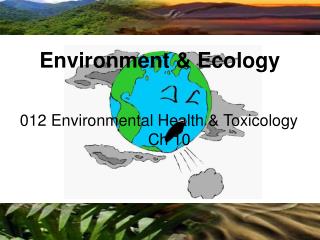 Association of Occupational and Environmental Clinics - . worker preparedness and response to bioterrorism.

Study on Health Effects of Indoor Air Pollution in China - . presented by pan xiao-chuan et al. dept. of occupational and

Historical Development of Toxicology - . it is one of the oldest practical sciences which began with early cave dwellers