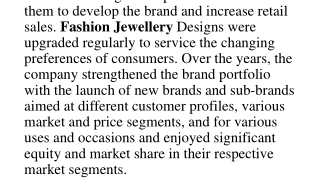 Indian Bridal Jewellery - Jewellery has been the fancy of indian women since ages. india is the center of many jewellery

Indian Fancy Jewellery Store - Browse neelam fancy jewelry for fine ornaments . take a look at one of the top jewelry