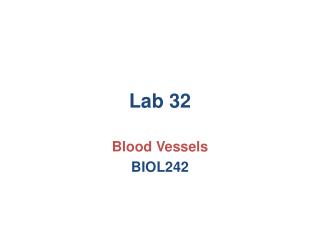 Lab 32. Blood Vessels BIOL242. Vessels - Generalities. Peripheral distributions are the same on the left and right side of the body except near the heart. Most arteries and veins follow similar paths and are often similarly named One vessel can have several names (like a street)