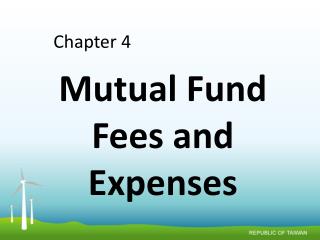 Financial Market Know how - . this session will help you understand. the component and structure of financial market. the

A Sqrt(N) Algorithm for Mutual Exclusion in Decentralized Systems - . m. maekawa university of tokyo. the problem of

Business Expenses - . chapter 5. code sections. sec. 161 - deductions permitted only for those expenses and losses for

Mutual Funds - . introduction. more than 92 million people in the u.s. invest in mutual funds. i.e., in the us alone,