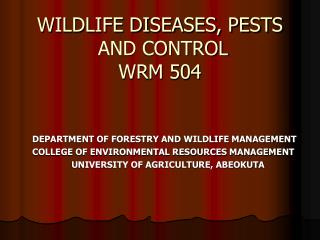 Pests and Diseases - . 28.00: examine distinguishing characteristics of pests so as to determine best management