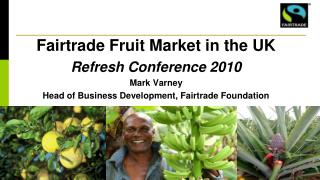 The Evolution of the U.S. Approach to Managing Congestion: “Leave no l Behind” Conference on “Electricity Market

Fruit - . use fruits as snacks, in salads, desserts at breakfast top your bowl of cereal with fruit such as

Investors’ Seminar June 2010 - . disclaimer. this is not advice. please see mark before considering any changes. mark