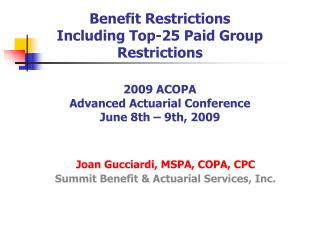 2013 The Last of the Chinese Dynasties and Arrival of Europeans - . weaknesses of the qing dynasty and how the europeans

Graphs - . trees minus restrictions:. we studied binary trees . recently we learned that as we lift off more and more of

Easements and Deed Restrictions - . deed restrictions. deed loosely translated as a “gift” necessary as a part of

January - June 2009 - . biannual economic and capacity survey. firm distribution based on annual turnover based on