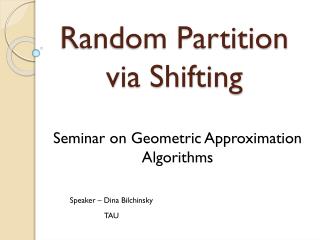 Main features of Shifting Cultivation - . the following characteristics could be describe/explained clearings made in the

Problem 59: Most Circular Partition of a Square - . chris brown. the problem. • what is the optimal partition of a

Shifting The Burden - . shifting the burden. an underlying problem generates symptoms that demand attention. but the

Continuous Random Variables - . consider the following table of sales, divided into intervals of 1000 units each,. and