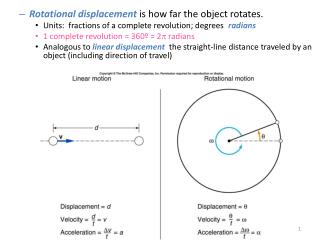 Rotational displacement is how far the object rotates. Rotational displacement is how far the object rotates.

Rotational Equilibrium - . an object will remain in rotational equilibrium if its center of mass is above the area of