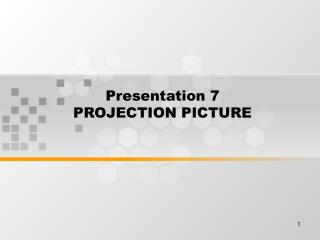 Label the picture You have 60 seconds… - . convict. padlock. sum up this picture in one sentence:. at the start of the

God’s Big Picture - . tracing the storyline of the bible. introduction. david and goliath. what application would you

What does a scientist look like? - . picture a scientist at work. picture in your mind details in the scene. what is the

Map Projection Basics - Map projections and datums of the atlantic provinces making it fit - or - having a fit by m.

Picture Storybooks - . a combination of the art of storytelling and the art of illustration. dr. chi-fen emily chen