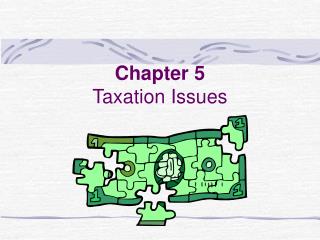 Chapter 18: Introduction to Taxation - . this lecture discusses a few institutional and theoretical issues for

Income Taxation By Atty. Tony Ligon - . what is income? realized profit or gains inflow of wealth to the taxpayer whether

Basic Principles of Taxation of US Corporations - Introduction to us taxation of mergers and acquisitions prof. charlotte