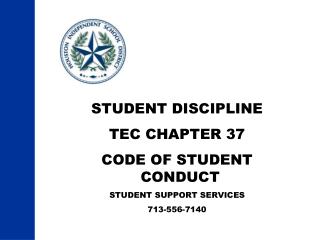 Student Code of Conduct - . what to do when the learning environment is jeopardized?. code of conduct

Student Code of Conduct: - . only the beginning of the conversation…hopefully. survey results. 243 members of the

Code of Student Conduct Revision - . what is the code of student conduct?. rules and regulations that all students must