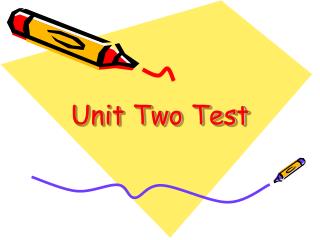 Unit Two Test. The aspect of Abraham Lincoln that Sandburg reflects. in this essay is Lincoln’s many-sided personality. Lincoln was willing to “stick [the Constitution] in a hole” because. he believed it was necessary to violate the Constitution in order to save the Union. English Unit 5 Test Review - . capitalization and punctuation. how would you fix the following sentences?. she is