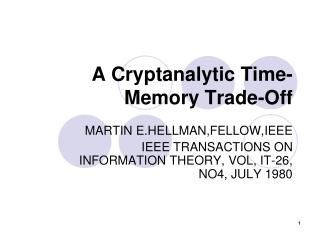 Trade-off Analysis - . basic questions “are the solutions that are being suggested as good as possible, i.e., are they

Debt-Equity Trade - Off - . all equity

SHARAD Trade off and conclusions - . trade off. the full coverage of the scientific objectives requires high performance